Mural receives third repaint three decades after it was created

Swindon’s famous mural artist Ken White, 66, has repainted his Golden Lion mural for the third time, 33 years after he created it on the side of a house at the Whale Bridge roundabout on Fleming Way, next to the line of the canal that used to once flow through Swindon.

It depicts a scene from a well known photograph taken in 1904 of children standing on the two bridges built across the canal in the 1870s, on the junction of Canal Walk and Bridge Street in the town centre. They’re dressed in their best and look as if they’re on a Sunday School outing. Ken kept some of the children and introduced Victorian figures in the mural he first created in 1976, including Swindon’s railway poet Alfred Williams. It was commissioned to mark the centenary of his birth.

Look closely for IK Brunel supporting a bridge stanchion through his top hat, as he did in the original mural, but this time in green.

Ken, who painted the mural on a job creation programme, said: “I’m really pleased by how it’s come out. I’ve applied a lot of the mural painting tricks I’ve learnt since I started. The brick work is more realistic and I’ve used the sunlight behind the figures more effectively and included shadows; I think it’s more expressive than the mural in 1976 and when I repainted it in 1983.”

Helen Miah, Swindon Council’s head of culture, who asked Ken to revisit his work said the Golden Lion was very symbolic for the town. “I wanted to see it come to life again for a long time. As a former railway apprentice and a well known local artist, Ken's evocative imagery tells a story about the town’s history which is important to the regeneration of the town centre.”

As a child Ken used to roam the Whale Bridge area with his friends, having been born in Gordon Gardens, where Swindon magistrate’s courts are now. “It’s amazing to think that I’ve created public art just a couple of hundred yards from where I was born,” he said.

After school Ken spent four years from 1958 'inside' Swindon's now closed railway works, first as a rivet hotter then a signwriter in the wagon shop, before leaving to study at Swindon Art College. He worked as an exhibition designer, freelance commercial artist and illustrator before returning to the town in the mid-1970s.

The Golden Lion Bridge was his first mural. After his work appeared in a huge Bayer advertising campaign in 1977, he was taken on by Virgin Records founder Richard Branson to paint murals in his home and in Virgin Megastores around the world, a relationship that has lasted for more than 30 years.

Ken has created over 100 major murals worldwide. Funding for the Golden Lion mural refurbishment came from Swindon Does Art.
www.kenwhitemurals.co.uk 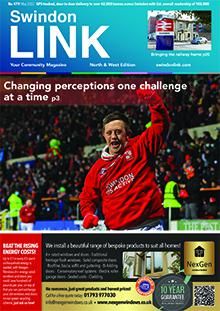 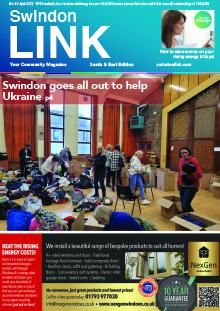 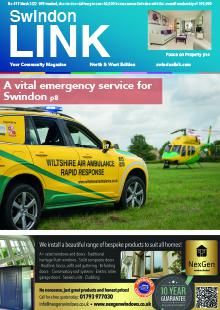 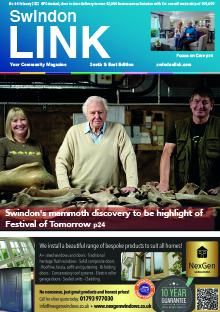 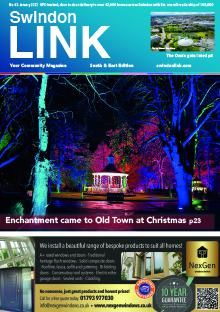