More than 100,000 covid vaccinations at Steam

The rollout of the coronavirus vaccine in Swindon continues to go full steam ahead according to the NHS.

The town’s largest vaccination clinic has administered its 100,000th jab.

Steam reached the milestone at the end of April, just four weeks after the venue announced it had given 70,000 vaccines.

Second doses of the coronavirus vaccine have been prioritised there - as well as at all other vaccination sites across Bath and North East Somerset, Swindon and Wiltshire - during the last month due to an expected slowdown in the national supply of vaccines.

Despite this, many first dose vaccinations at Steam and elsewhere in the region have continued, and the area remains on track to offer all adults their initial coronavirus vaccine by the end of July.

Gill May, Director of Nursing and Quality, said: “Almost 700,000 vaccines have been given across our region since the beginning of December, and to know that more than 100,000 of them came from the Steam Museum alone is just incredible.

“As has been the case at all our vaccination sites, the team at the museum have worked incredibly hard throughout the winter and early spring to provide the vaccine to as many people as possible, and to reach such a huge milestone so early on is a testament to each and every one of those involved.

“I’d also like to say a big thank you to everyone who has so far come forward for the vaccine, and reassure those currently waiting for their jab that we understand your desire to be vaccinated as soon as possible and will get to you as soon as we can.”

Vaccinators at Steam gave their first jab on Wednesday 16 December to 91-year-old Dennis Pearce from Swindon.

Since then, the vaccination site has continued providing jabs on a near-daily basis, with teams often vaccinating 2,500 people in a single day.

The venue has been supported by an army of volunteers, including those belonging to the British Red Cross and the Armed Forces, and has also been the recipient of the generosity of local people and businesses, all of whom have been keen to show their gratitude for the vaccination team’s recent hard work.

For more information on the local rollout of the coronavirus vaccine, visit www.bswccg.nhs.uk

Detailed information about the vaccine itself can also be found online at either www.gov.uk or www.nhs.uk 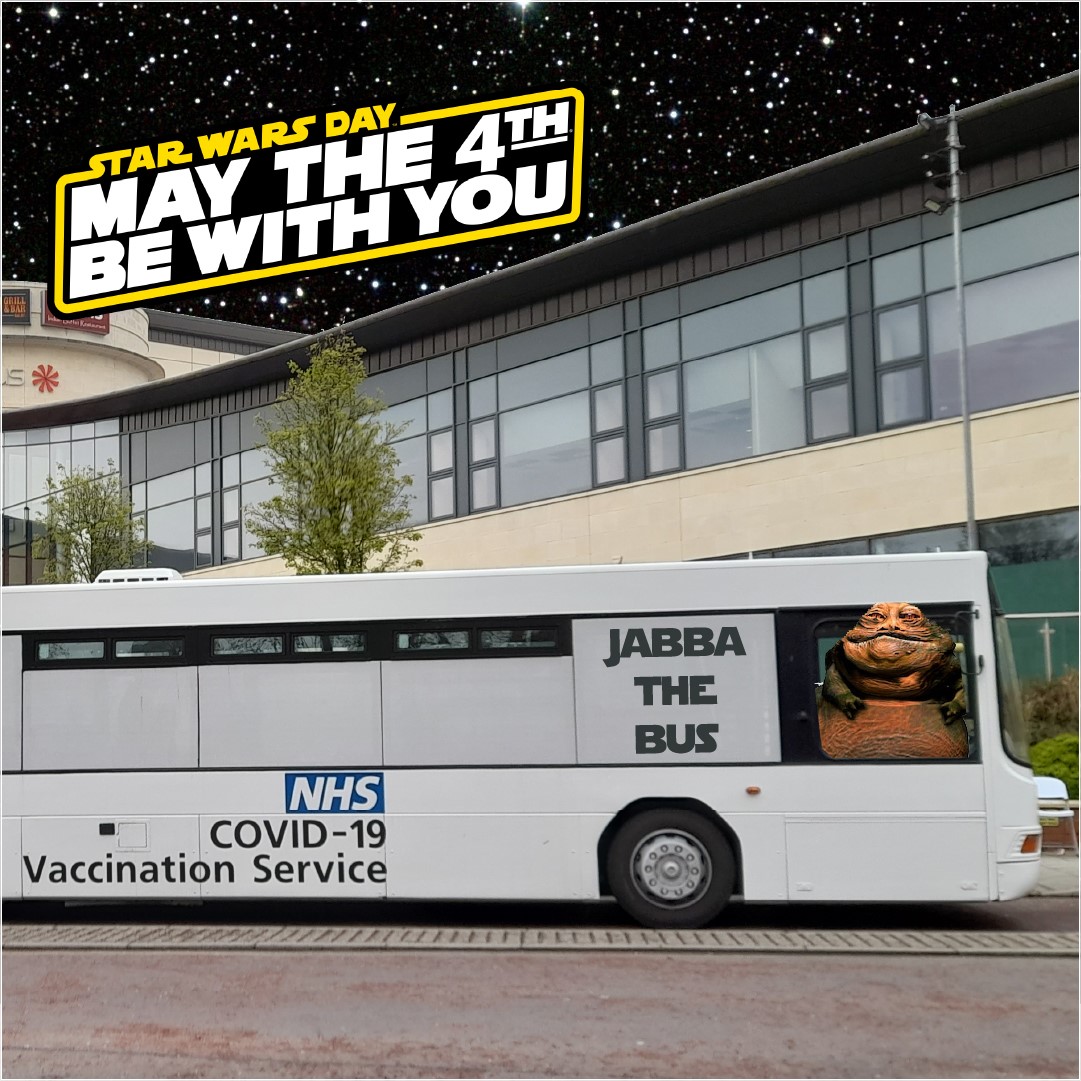 May the pun-tastic anti-covid force be with you

Swindon Borough Council has unveiled its ...