Wiltshire Police are offering crime prevention advice to cyclists following a spate of bike thefts in Swindon over the summer.

They have also released a CCTV image of a man they would like to speak to in connection with the theft of a teenager's bike in Hoopers Place, Old Town, earlier this month.

Sgt Dave Tippetts, from Swindon South Community Policing Team, said: “Bike thefts, understandably, are upsetting, costly and inconvenient for the victims who often rely on their bikes as their only form of transport. Over the summer months, we have seen a spike in the number of bikes being stolen, predominantly in Swindon town centre. As a result, bike thefts have been made a priority for the local Community Policing Team, and increased patrols are being carried out within the town centre at varying times of the day and night.

“We regularly hold bike marking events – at our last event, we marked up 40 bikes which were added to the national database. This helps us return bikes to their rightful owner, however, it doesn’t prevent them being stolen in the first place.

“We’d encourage members of the public who see anyone acting suspiciously around bike racks to call 101 immediately. If a crime is in progress call 999.”

Earlier today officers on patrol in Swindon arrested a 26-year-old local man on suspicion of bike theft and he is currently in police custody.

Police have issued the following advice for avoiding bike theft:

- Always lock your bike somewhere well-lit and with lots of passers-by.

- Make sure you get it registered. Find out more at www.bikeregister.com.

The theft of a bike in Old Town happened at around 5.50pm on 4 September 2018, when an unknown suspect took a black Orbea MX40 bike from the railings outside Subway. CCTV images show a man that officers would like to speak to in connection with the theft. He is described as white, in his late 20s to early 30s, and of medium build. He is wearing jeans and a dark jacket, which appears to have some sort of pattern on the cuff and jacket trim at the bottom.
He is wearing a black Adidas rucksack on his back and appears to have a small tattoo on the right side of his neck.

Anyone who recognises the man is asked to contact PC Keith Macdonald, from Community Policing Team Support, on 101, quoting crime reference 54180083575. Alternatively, you can call Crimestoppers anonymously on 0800 555111. 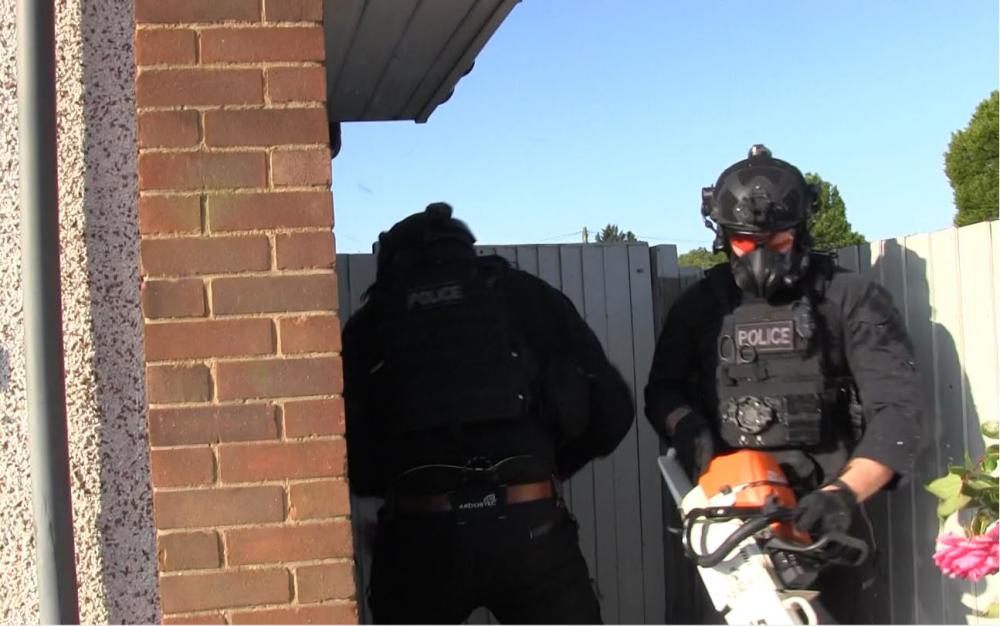 Two people were arrested in Swindon ...