Theatre and roundabout light up for Huntington’s Disease Awareness Month

Swindon’s Greenbridge Roundabout and rooms at Swindon’s Wyvern Theatre are lighting up in pink and green throughout May to raise awareness of Huntington’s disease.

These two Swindon sites are joining many other famous landmarks such as Blackpool Tower, Portsmouth’s Spinnaker Tower and Althorp House, the home of Earl Spencer, as part of theHuntington’s Disease Association's #LightItUp4HD campaign.

The Huntington’s Disease Association is a national charity supporting people affected by Huntington’s disease across England and Wales. Huntington’s is a rare neurological disorder that affects the central nervous system and is caused by a faulty gene passed down through families with each child of a parent with Huntington’s having a 50% chance of inheriting it. Described as having motor neurone disease, schizophrenia, Parkinson’s and Alzheimer’s disease all at the same time, Huntington’s disease causes changes in the brain affecting movement, feelings, thinking, eating and speech. There are around 8,000 people in the UK with Huntington’s and around 32,000 at risk of developing it.

Dan Grubb, Electrical contracts manager at Affleck Electrical which sponsors the Greenbridge Roundabout said: “We’re always happy to help causes in any way we can. Raising awareness for such a debilitating disease such as Huntington’s by simply lighting up the roundabout in the campaign colours is the least we can do.  We’re delighted to be showing our support throughout this spring month.”

Councillor Maureen Penny, Swindon Borough Council’s Cabinet Member for Highways and the Environment, said: “The lights on the Greenbridge roundabout were installed with precisely this sort of thing in mind and I think it’s a fantastic way of raising awareness of Huntington’s Disease.

“We are more than happy to facilitate this for The Huntington’s Disease Association and I’m sure it will be a brilliantly eye catching lighting display.”

Paul Wyse, Building and Technical manager at Swindon’s Wyvern theatre said, “As part of our community spirit we’re always eager to help worthwhile causes whenever we can. Huntington’s affects so many families, including many in Wiltshire that we were more than happy to Light Up the internal rooms of the Wyvern theatre. Throughout May, we aim to raise awareness of Huntington’s Disease to the hundreds of people that come through our doors each day. We wish we could do to show our support.”

Cath Stanley, Chief Executive of the Huntington’s Disease Association, said: “Huntington's disease has long been in the shadow of stigma. We are delighted so many buildings, landmarks and homes lit up for Huntington's last year and look forward to seeing even more this year. By bringing the disease into the light and raising public awareness we have two main aims: to show families affected by Huntington's they are not alone, and secondly to raise awareness amongst the public of this incredibly cruel disease which can have a devastating impact on people with Huntington’s and their families.” 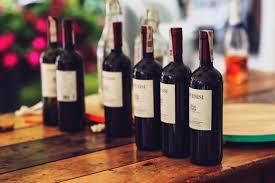 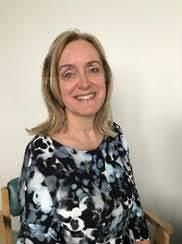