Five men have been arrested in relation to a disorder at a football match between Swindon Town FC and Exeter City FC last month.

A small group of people, amongst 13,000 fans in attendance, caused trouble at the game which took place at Swindon's County Ground on Saturday 1 February.

At around 2pm on the day, there was a large disorder in nearby Manchester Road, near to the Tap and Barrel pub.

Police had to keep rival fan groups apart in Manchester Road and into Salisbury Street.

There were also pockets of disorder in County Road and Station Road.

Following extensive enquiries by officers, as part of an on-going operation, five men were arrested on Saturday (21/03):

All have been released under investigation while our enquiries continue.

Det Sgt Alex Spargo, who led the investigation, said:  "This weekend's operation successfully resulted in five men being arrested following the disorder at the County Ground in February.

"We will also be interviewing more people who were involved in the next couple of weeks.

"This was a small group intent on causing disorder and disruption to not only football fans but to the wider community who were out in Swindon that day.

"The message here is that this kind of behaviour will never be tolerated and we are always fully committed to investigate incidents like this and bring those responsible to justice." 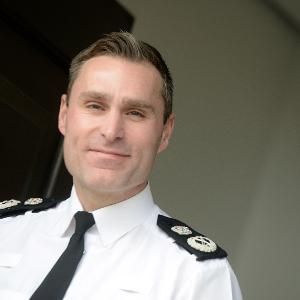 How Wiltshire Police are responding to unprecedented emergency - an open letter

Officers investigating an assault in Regent ...

A teenager has been arrested after ...