Mr Buckland began the Laptops for Local Schools Campaign to run alongside the Government’s Get Help With Technology Scheme in January.

The campaign called for local people and businesses to donate unused laptops to be used by children for homeschooling during the pandemic.

Local businesses SP Computers and Excalibur Communications took in donated devices and refurbished them, ready for pupils to use.

To date, around 60 laptops have been donated to school children in Swindon.

In May Mr Buckland decided to extend the successful green scheme so that local charities could also benefit from donated laptops.

Several local charities have now benefited from the scheme following a donation of machines from Swindon business Catalent.

Peter Allen, General Manager of Catalent’s facility in Swindon, said: “Catalent is delighted to have been able to contribute to the scheme, and help develop the potential of the next generation of innovators and scientists."

Excalibur Communications CEO Peter Boucher said: “It's great to see that Swindon's Laptops for Local Schools scheme continues to go from strength to strength and that local businesses and the public are continuing to donate equipment to those who need devices.  Our own clients have kindly provided equipment and Excalibur is pleased to continue to help refurbish and upcycle equipment as it comes in.”

Pam Webb at Voluntary Action Swindon added: “We were delighted to benefit from this scheme and the donation of three laptops, these have replaced some very old laptops that could not be upgraded to the latest software.  With a significant income drop from our room hire income due to COVID this donation could not have come at a better time for VAS.”

Claire Garrett from the Harbour Centre said: “Laptops are always in demand for our people. Having a suitable device to access the internet and complete coursework can really make the difference between sticking or dropping out of education. Laptops also allow refugees to take charge of their own work aspirations with CV's, work search and job applications. All of these things are made especially harder when the only device that you have is your mobile phone.”

Mr Buckland said: “I am extremely grateful to Catalent, as well as the many local residents who have donated laptops, not to mention the brilliant teams at Excalibur and SP Computers who have stepped up at such a difficult time and repaired hundreds of devices.

“I am calling for more local businesses and residents who have unwanted or unused devices to get in touch so that these can also be put to good use.

More information about the campaign can be obtained by emailing robert.buckland.mp@parliament.uk or calling 01793 533393. 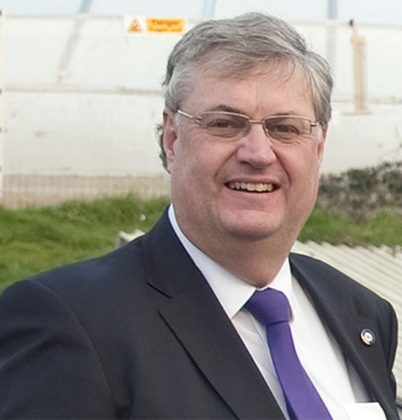 Council Leader says Swindon is such a welcoming place

Politics: Goodbye to Honda and hello to Panattoni

Politics: 'Be the Change' and make the world a better place

A column by Swindon Council Leader ...