Swindon is no longer classed as an area needing 'enhanced support' on the Government's coronavirus watchlist.It has not been taken off the list altogether but remains as 'area of concern'.

Following a reduction in the case rate, the borough remains on the watchlist but has been downgraded to 'an area of concern'.
The news was greeted with delight by Swindon Borough Council Director of Public Health Steve Maddern.
He said: "This is very much welcomed and reflects the hard work that has been done across the borough.
"What the Government currently takes into context when they're determining where we're going to sit on that list is the case rate, and what they like to see is a consistent two-week decline, which we have demonstrated.
"They look at how we sit with regard to other local authority areas. They also take into account things like outbreaks, including the number and type of outbreaks that the local area has experienced.
"Our case rate now has dropped below 20 per hundred thousand, which is really encouraging - so it's currently sitting at around 15 per hundred thousand."
Although Swindon is no longer classified as needing enhanced support, Mr Maddern said the brough would press for continued help, particularly around testing provision.
He added: "We know that testing is very fundamental to our strategy in Swindon, particularly for our SN1 and SN2 communities, and we are impacted by the national issues.
"But I feel that because we have been on the national watchlist, although we have seen some local challenges, we have probably been a little bit more protected than other areas have.
Mr Maddern said he hoped to see the borough taken off the watchlist altogether next week, although he stressed that he was at the mercy of the Government in that respect.
Asked to explain the decline in local cases, he said: "I think the Swindon It's Up to All of Us campaign has played a major role in this - and how we've utilised it to reach out to the whole borough, to just remind people of what they need to be doing to protect themselves and other people.
"I think our strategy to focus on areas of higher case rates has been a key role in our success - very much having that feet-on-the-street approach in our SN1 and SN2 areas to make sure that we can be out there and continue to reinforce those messages."
Mr Maddern revealed that he was exploring the possibility of a third testing centre for Swindon, although no location has been settled on. 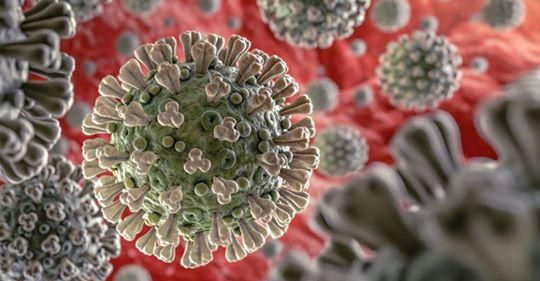