Points of Light are outstanding individual volunteers – people who are making a change in their community.

Every weekday the Prime Minister recognises an inspirational volunteer with the Daily Point of Light award.

Doing everything from tackling knife crime to supporting families of dementia patients, Points of Light are described by the Government as fundraising, awareness-raising, problem-solving heroes who all had an idea they decided to make a reality.

Samuel, a trained mental health first aider, created a support group for hundreds of people across Swindon and Wiltshire during lockdown, providing vital support for many local residents to improve wellbeing.

In a personal letter to Samuel, Prime Minister Boris Johnson said: “Thank you for your superb ‘Swindon and Wiltshire Mental Health Support Group’ which has helped hundreds of local people who have been struggling with mental health or loneliness over the last year.

“I was inspired to hear about how volunteering is one of your five steps to mental health and how much you have done in your local community.”

Mr Buckland said: “Samuel Robbins is a Pride of Swindon Winner 2020 and a Covid Community Champion.

“Samuel founded the Swindon and Wiltshire Mental Health Support Group on Facebook, which has over 500 members. Through the group, he has been providing advice and signposting to people who may be struggling with their mental health.

"Samuel has also organised Zoom calls during the pandemic to combat loneliness. Future plans include expanding these to physical meet-ups once the Covid restrictions are relaxed.

“Samuel has been working hard to raise awareness about mental health support locally and to ensure that it is treated equally to physical health services.

"He has also compiled an extensive and detailed report, highlighting the findings of a survey he conducted on Facebook, about how covid-19 has affected people’s mental health and the support available in in Swindon.

"This report has been shared with me, along with North Swindon MP Justin Tomlinson, as well as the Prime Minister and the Duchess of Cambridge who is a renowned champion of the issue.

“Samuel recently released a video filmed at Coate Water here in Swindon, with the help of freelance videographer Charlie Lord, to boost awareness of mental health problems. He also regularly takes part in voluntary work in the local community and encourages others to do the same, as one of the Five Steps To Mental Wellbeing.

"The five steps are connecting with people, being physically active, learning new skills, giving to others and paying attention to the present moment.

“Samuel has provided vital support to hundreds of people in and around Swindon, at a time when it has been needed the most.”

Mr Robbins said: “Wow! I am very honoured and humbled to receive this award from the Prime Minister. Mental health is such a big subject for me and to help other people just comes naturally.

“Mental health issues have increased during the covid-19 pandemic and I have tried to do as much as I can to keep people going. This has ranged from just talking to someone when they are alone to finding and obtaining urgent medical support.

“My advice to anyone would be to always 'ask twice' when you are asking if someone is OK. You will find the second time round they will open up. #SpeakOutSaveLives.” 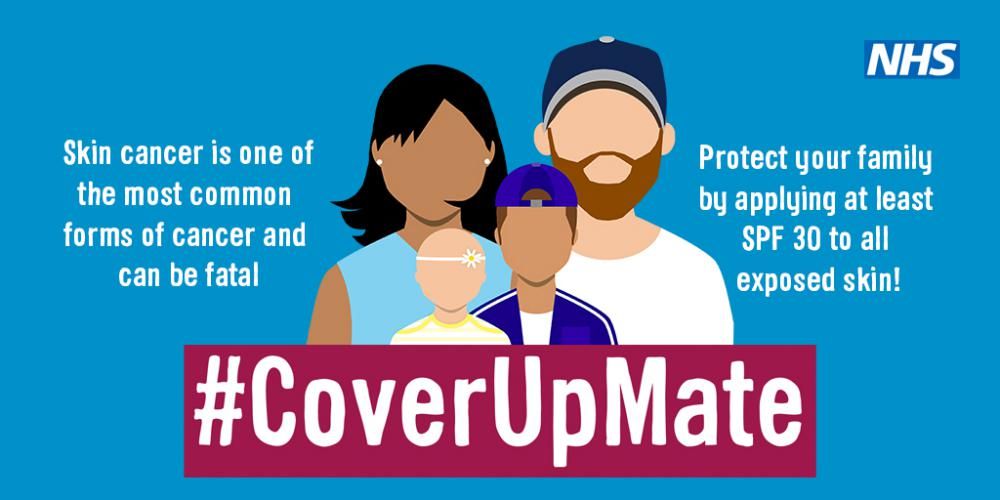 The NHS has launched the #CoverUpMate ...