A goalless stalemate at the County Ground ensured that Swindon would end September without a league victory.

The hosts came into Saturday's encounter off the back of a good away point at Northampton. The visitors, Colchester, sat 16th. However, the Essex outfit boasted the third best away record in the league as well as an abundance of experienced pros such as Charlie Daniels and Freddie Sears.

The opening stages saw both teams taking it in turn to attack, with neither side settling on the ball for a sustained period of time. Frank Nouble had the first shot of the game 5 minutes in. The powerful number 9 checked inside his man into the box but then saw a weak shot saved down low by Jojo Wollacott. Swindon had to wait until the 20th minute for their first meaningful opportunity. Kesler Hayden from deep drove into the Colchester box where he played it to Gilbert. The winger then backheeled it into the path of Ellis Iandolo, whose right footed shot from outside the box was tipped over by the goalkeeper.

Minutes later Jack Payne had a one on one saved from an incredibly tight angle. Tyreece Simpson held the ball up well and found Jack Payne on the overlap putting him through on goal but Shamal George came off his line to smother Payne's low attempt.

Colchester responded with a handful of crosses which Town comfortably dealt with. Gilbert then went close with a shot saved at the near post. Ellis Iandolo also came close again, this time stinging the palms of Shamal George from long range. Alan Judge wrapped up the first half after testing Jojo Wollacott from range.

Colchester thought they took the lead early in the second half after scoring from close range. However, a handball from Freddie Sears in the build up led to the goal being ruled out. In the 67th minute Romoney Crichlow unleashed a thundering shot from 30 yards out which sailed past the post to the goalkeeper's relief. Ten minutes later Swindon created arguably the opportunity of the game. After a good one-two with Ben Gladwin, Kaine Kesler Hayden curled in a beautiful delivery right on to the head of Simpson. If anything the Ipswich loanee tried to be too cute as he headed over the bar from close range. A golden opportunity gone begging. That was the last real chance of the game for either side as both teams were restricted to shots from range.

A point would probably be a fair reflection of the game. Although Tyreece Simpson should've scored that header, his work rate on Saturday was exceptional. He brings so much to the team through his physicality and hold up play. He is learning his trade at SN1 so we as fans do need to be a bit more patient.

Someone who I thought had the perfect game yesterday was Louis Reed. The former Peterborough man's passing and vision was outstanding as well as his defensive graft for the team. An honourable mention also goes to Romoney Crichlow who shone in a clean sheet keeping back line.

One thing I felt during the latter stages was that when looking for a winner Garner should've perhaps taken the third defender off and put an extra attacker on to shake things up. But if you offered this start to all Swindon fans at the start of the season then they would've been more than pleased.

Swindon issued a statement to the ... 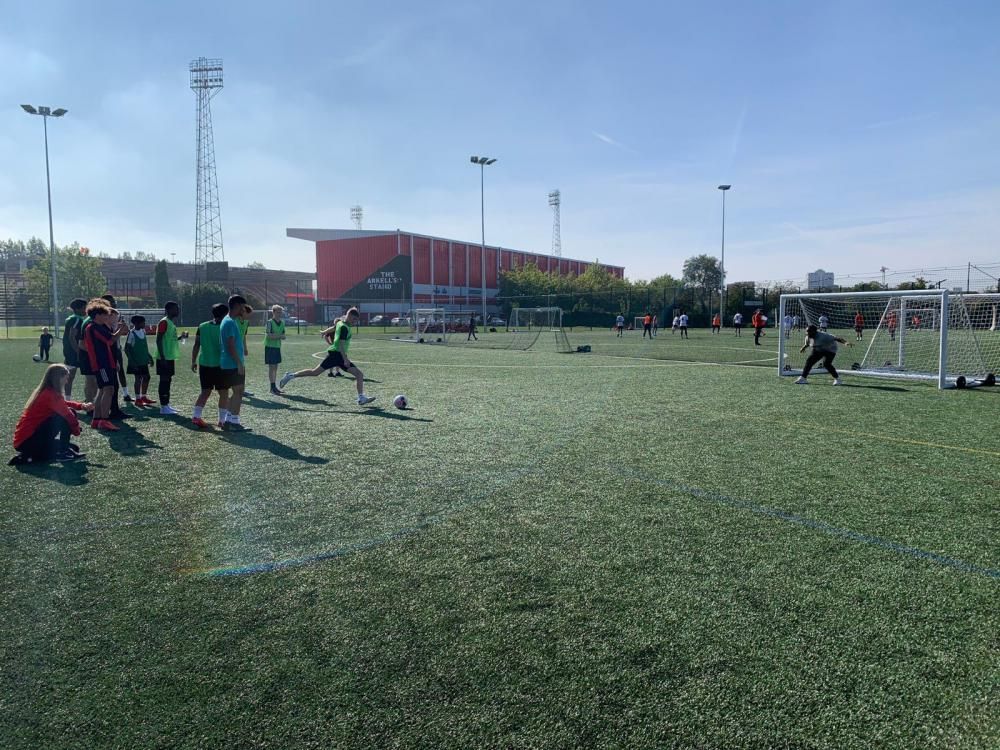 Money was raised for Alzheimer's Swindon ...