When it comes to stars of the tennis world, Swindon has hardly been a hotbed for players that have gone on to achieve great things for the sport.
With Swindon Tennis Club and Delta Tennis Centre at the disposal of the public, there are local facilities available to those looking to develop their game. Wiltshire has produced professional players past and present, who could yet inspire people from Swindon to pursue future success in tennis.

From Swindon to Spain

When it comes to the destination that has developed countless stars of the sport, Spain arguably sits at the top of the list. For many years it was a sport that lacked appeal, with a shortage of public tennis courts and high private club memberships being at the root of the problem. That changed in the 1990s as the popularity of the sport grew. All Spain needed then was a superstar to pin their colours to, and that came in the form of the great Rafael Nadal.

The 20-time Grand Slam champion was one of the favourites in the US Open betting going into the final major event of 2021, but injury meant he sadly had to return to his homeland. Instead, it's likely that Novak Djokovic, who's the current odds-on favourite with odds of 4/6 according to the US Open betting tips, will be taking the impressive record of a clean sweep in Grand Slams due to Nadal and Roger Federer's respective absences.

Nadal would have been a serious contender for the title at Flushing Meadows, but recovery is the priority for the Mallorcan star before the new season.

Nadal benefited from the rise in popularity of tennis in Spain in the 90s, and of course, that will have taken investment from local authorities to make access available to more people. Swindon and Wiltshire can draw knowledge from this, though, by looking at how areas in Mallorca, Barcelona and Madrid have historically developed the sport. Encouraging tennis from an earlier age would also go a long way to increasing participation.

The one thing that won’t be possible is bringing the Spanish climate to Wiltshire, which is a major advantage for the Mediterranean country as tennis can be played outside most of the year, with the climate allowing players to play on various outdoor surfaces, especially clay. For example, Nadal established his name and ultimately made his career through his affinity for playing on clay, being deemed the ‘King of Clay’ by punters and pundits alike. It's highly unlikely, however, that Swindon will be producing a clay star in the near future, simply due to the lack of courts and resources.

While investment and resources are key in developing tennis in Swindon, inspiration from players can also be the spark that brings about a new rising star. Those in Wiltshire need look no further than Wanborough-born and recently-retired star Louise Hunt. A bronze medalist at the 2011 BNP Paribas World Team Cup and silver medalist for the 2012 BNP Paribas World Team Cup, British wheelchair star Hunt has enjoyed success both home and abroad.

Meanwhile, Anna Hawkins is a former professional tennis player, who managed to win 16 doubles titles on the ITF Women’s Circuit. The Devizes-born player reached the second round of the Wimbledon doubles in 2003, before retiring from the professional circuit in 2009.

While Swindon is somewhat behind on producing tennis talent, it’s never too late to start. Not many expected a Glaswegian to be a three-time Grand Slam champion before a certain Andy Murray hit the big time. Perhaps Swindon’s time is yet to come. 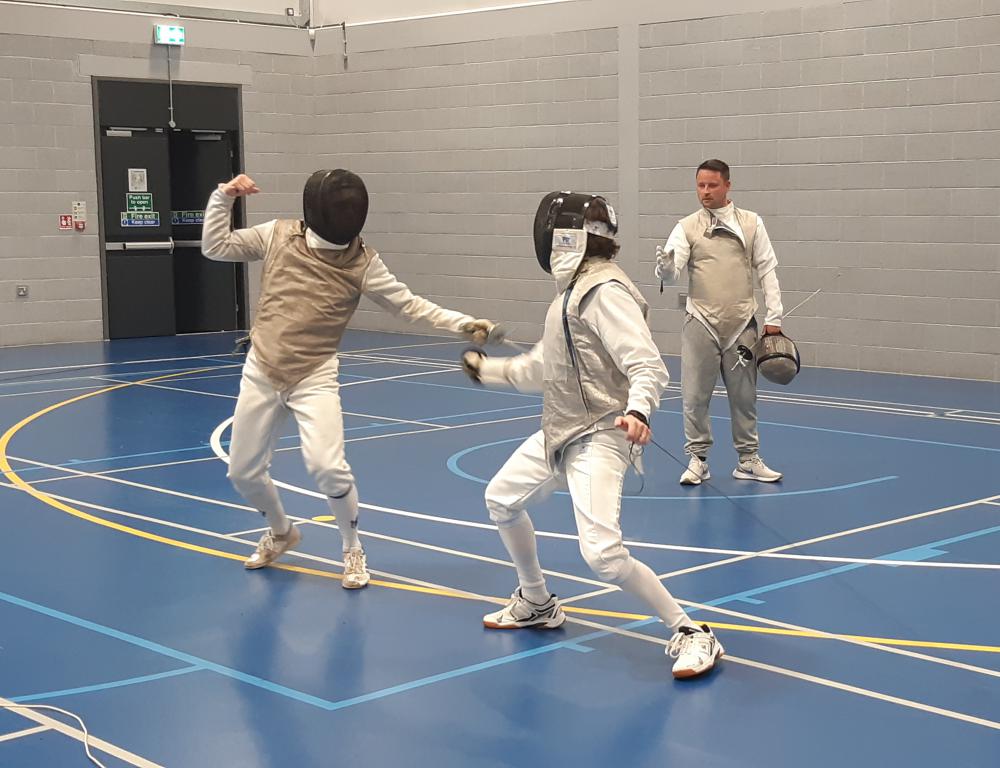