A Swindon teenager is fulfilling her promise to her best friend who died of a rare heart and lung condition and jumping around 10,000ft from a plane for Rainbow Trust Children’s Charity, which supports her friend’s family.

Ash Cleverly, 19, from Grange Park, wants to keep Erika Cowie’s memory alive and also Erika’s love for Rainbow Trust, which supports families caring for a child with a life threatening or terminal illness.

Erika, from Rodbourne, who Ash describes as the “sister she never had”, died of idiopathic pulmonary arterial hypertension two months after her 18th Birthday in September last year.

She was diagnosed when she was 13 and was not expected to reach her 14th birthday. The life-threating disease prevents the heart from sufficiently pumping blood through the pulmonary arteries.

Ash and Erika met on social media in 2015 and thoughts of their friendship will help put her fear of heights behind her when she skydives from Netheravon Airfield in Salisbury on 24 June.

“I’m extremely nervous but full of adrenaline,” Ash said. “It’s something I’ve always wanted to do and it is really a once in a lifetime opportunity.

“Erika was truly thrilled to pieces when I told her I wanted to skydive for her and a charity so dear not only to her but to me as well. Our friendship was all about living in the moment and purely just having fun. We knew when to be serious and we also knew when and how to be silly and sarcastic. Erika really was the sister I never had.”

Rainbow Trust has nine care teams of Family Support Workers across England, including Swindon, helping families at home, in hospital and in the community, wherever they are needed making life a little easier.

Erika’s mum Rachel said Family Support Worker Amelia has made a huge difference to the family. She supported them through Erika’s illness and is now providing bereavement support to Rachel and her son, Erika’s brother Caelum who is 12. 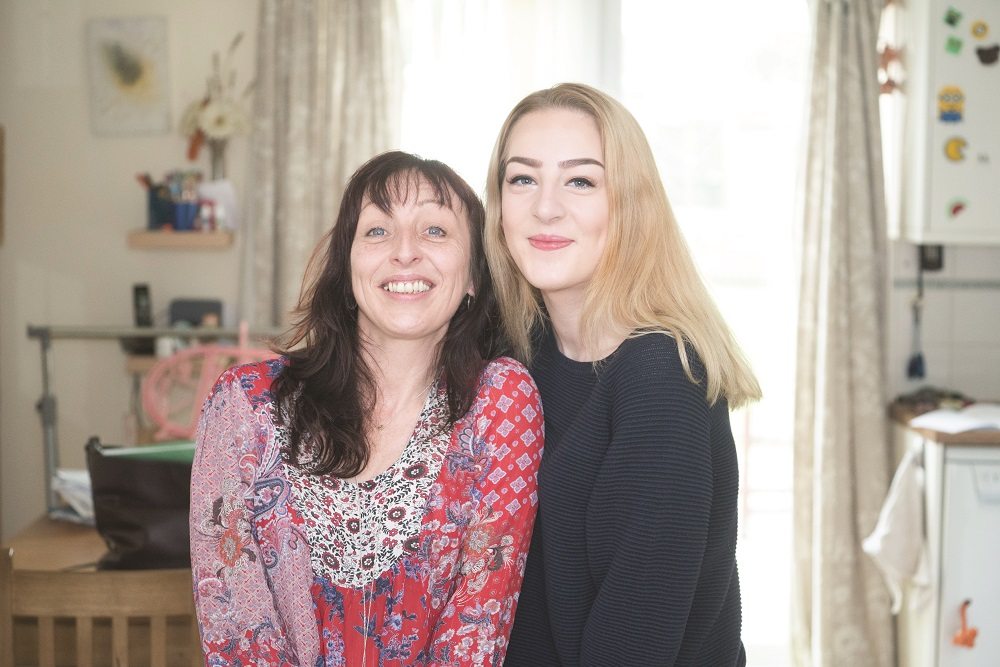 “Without her we’d have been lost,” Rachel said.

“She had a lot to battle with and she had someone outside the family to talk to. She had fun with Rainbow Trust. Amelia made a huge difference to Erika’s life and for me that is most important.”

Rachel is overwhelmed by Ash’s support and the help she has received from other family members and friends.

Rachel said: “Ash is a beautiful girl. She has a heart of gold. I’m so proud of what she and others are doing in Erika’s name. There is so much support from people it’s a real credit to Erika, she had really good friends. She will never be forgotten.”

Rachel said Erika had a great awareness of the need of other families supported by Rainbow Trust and wanted people to continue fundraising.

Ash has already smashed her £395 skydive fundraising target raising £600 so far, for which she is extremely grateful.

She said: “Rainbow Trust is such an amazing charity and doesn’t get the recognition it fully deserves. I want to make sure we continue fundraising for such an amazing cause and to keep not only Erika’s name alive but her spirit and love for the charity too.

“Erika would be extremely proud if she could see me jump and ecstatic that I’ve raised such an incredible amount for an even more incredible charity.

“I know she’ll be holding my hand all the way. I really wish she was here to see me do it in person as I’m not sure she’d quite believe it’s actually happening but I know she will be with me in spirit.”

Rainbow Trust offers emotional and practical support for the whole family; from their child’s diagnosis, during treatment and, if needed, through bereavement and beyond. It relies almost entirely on voluntary donations and thanks to its generous supporters currently helps over 2,000 families in England.

A campaign group is calling for ...